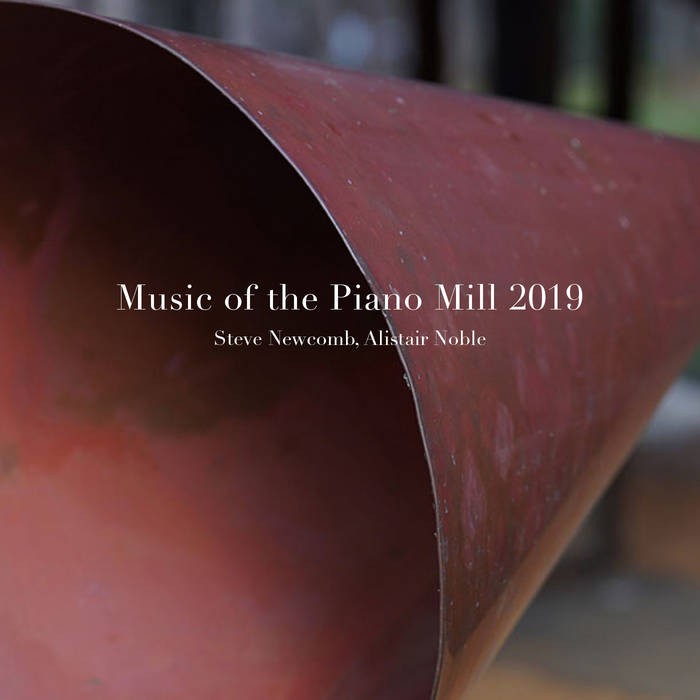 The 50th anniversary of the moon landing, Buddhist and Taoist philosophy inform the Piano Mill compositions of Steve Newcomb and Alistair Noble.

About the works
Steve Newcomb references a trip to the moon in his aptly titled “Astronauts Aviary Antics.” He creates starkly syncopated blips and beeps with staccato high C’s (mostly out of tune, of course) on pianos and melodicas, suddenly contrasting them with calmer sustained tones that open out into a shimmering harmonic resonance. Later, rumbling bass tremolos swirl around, spinning faster and faster (until takeoff?). Newcomb makes special use of the Piano Mill’s adjustable louvers, opening and closing them to change the acoustic and highlight the contrasts of different sections.

A cosmic sense is evoked by Alistair Noble in Tiangong. The composer points out that ‘Tiangong’ means Heaven Palace, and is a term used in traditional Chinese Buddhist and Taoist thinking, as well as being the name of a space station. He describes the work as a “quasi-concerto for cello and the Piano Mill,” in which the passionate cello of Danielle Bentley is added to the contemplative tones of the 16 pianos. Noble treats the upper and lower floors of the Piano Mill as separate voices in a two-part counterpoint, and makes poignant use of space and resonance in Tiangong, particularly when the gently insistent chiming chords give way to lush sustained sonorities.

The Piano Mill is a steampunk tower in the forest of New South Wales purpose built to house 16 vintage upright pianos. Created by architect Bruce Wolfe, the structure is a building and fantastical musical instrument all in one. The Piano Mill has been acknowledged with a 2018 World Architecture Award (Culture – Completed Buildings) and a 2017 APRA AMCOS Art Music Award (Excellence in Experimental Music).

About the composers
Steve Newcomb is an Australian pianist and composer equally in demand for his unique touch on the piano, detailed writing, and comprehensive style of arranging that explores the realm shared by jazz and new music. He maintains an active solo career and shares the stage with a multitude of artists, performing in various styles and making “music in a knotty zone where Thelonious Monk meets classical music” (Sydney Morning Herald). Based in Brisbane, Steve is Senior Lecturer and Head of Jazz at Queensland Conservatorium Griffith University. Steve leads the SNO (Steve Newcomb Orchestra), a large chamber jazz project realising original and diverse works for strings, winds, harp and voice with jazz trio, which can be heard on the debut album Caterpillar Chronicles.

Alistair Noble is a pianist, composer, and musicologist. He is the author of the critically acclaimed book Composing Ambiguity: the early music of Morton Feldman (Ashgate). His recent compositions include the Glasteppich series (three pieces for piano, flute, and string orchestra) premiered by Arcko Symphonic with Michael Kieran Harvey and Kim Tan, and Hauteurs for viola and percussion, premiered by Phoebe Green and Leah Scholes. Previously Associate Dean of the College of Arts and Social Sciences at The Australian National University, he is currently Director of Academic Affairs at Australian Institute of Music.

Home of The Piano Mill. Creating explorative interdisciplinary projects in rural Australia with a focus on architecture, music, arts, design, and environment.

Bandcamp Daily  your guide to the world of Bandcamp